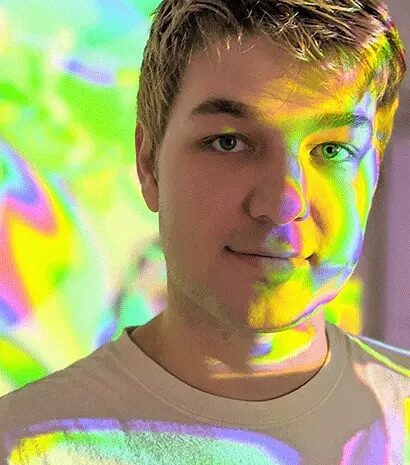 Chuck Being is the deconstructed club and pop project of MFA2 Performer Composer Chuck Behring. Chuck’s previous projects Rollercoasterwater and Hug Relief were the stepping stones that led him to this final form. Chuck’s music is deeply intertwined with his DNA and his Queer identity, he uses tight vocal loops of less than a second combined with sheer bass frequencies to make something fun and thoughtful. People often leave his performances recontextualizing how they view the role of sound in the body. Most of his music is about feelings of internal love on a cosmic scale and he strives to represent that. Chuck has performed across the west coast and all around LA at places like The Echo, The Hi-Hat, Non Plus Ultra, and many more. Being a musician, being a 3d artist, being a queer person, being a gamer, being a person in love, being a chuck trying to figure stuff out.